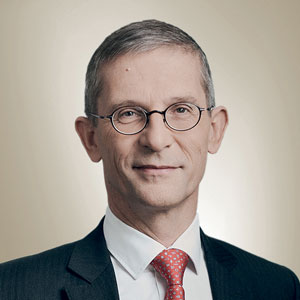 After a one year on a construction site in Hong Kong, Arnaud GRISON began his career in 1992 at the French Ministry of Transportation, in charge of road construction projects in Savoie (France). In 1997 he joined SITA, the waste management subsidiary of the Suez group, where he held operating and senior management positions. He joined the VINCI group in 2004 as CEO of EFS (European Flight Services), a subsidiary of VINCI Airport Services. He moved to Cofiroute (VINCI Autoroutes) in 2007, where he was in charge of operations before being appointed Chief Executive Officer in 2010. In 2012 he moved to VINCI Energies as CEO of VINCI Facilities, before being appointed Managing Director for VINCI Energies International & Systems in 2014. Since March 2019, Arnaud GRISON is CEO of VINCI Energies. Born in 1967, Arnaud GRISON is a graduate of French Engineering schools Ecole Polytechnique and Ecole National des Ponts et Chaussées, and he holds a Master of Science degree in Construction Engineering and Management from Stanford University.