Environmental and social considerations are an integral part of urban development projects nowadays, which is why developing and supporting innovations to build sustainable cities is a constant priority for VINCI. Here are some examples: 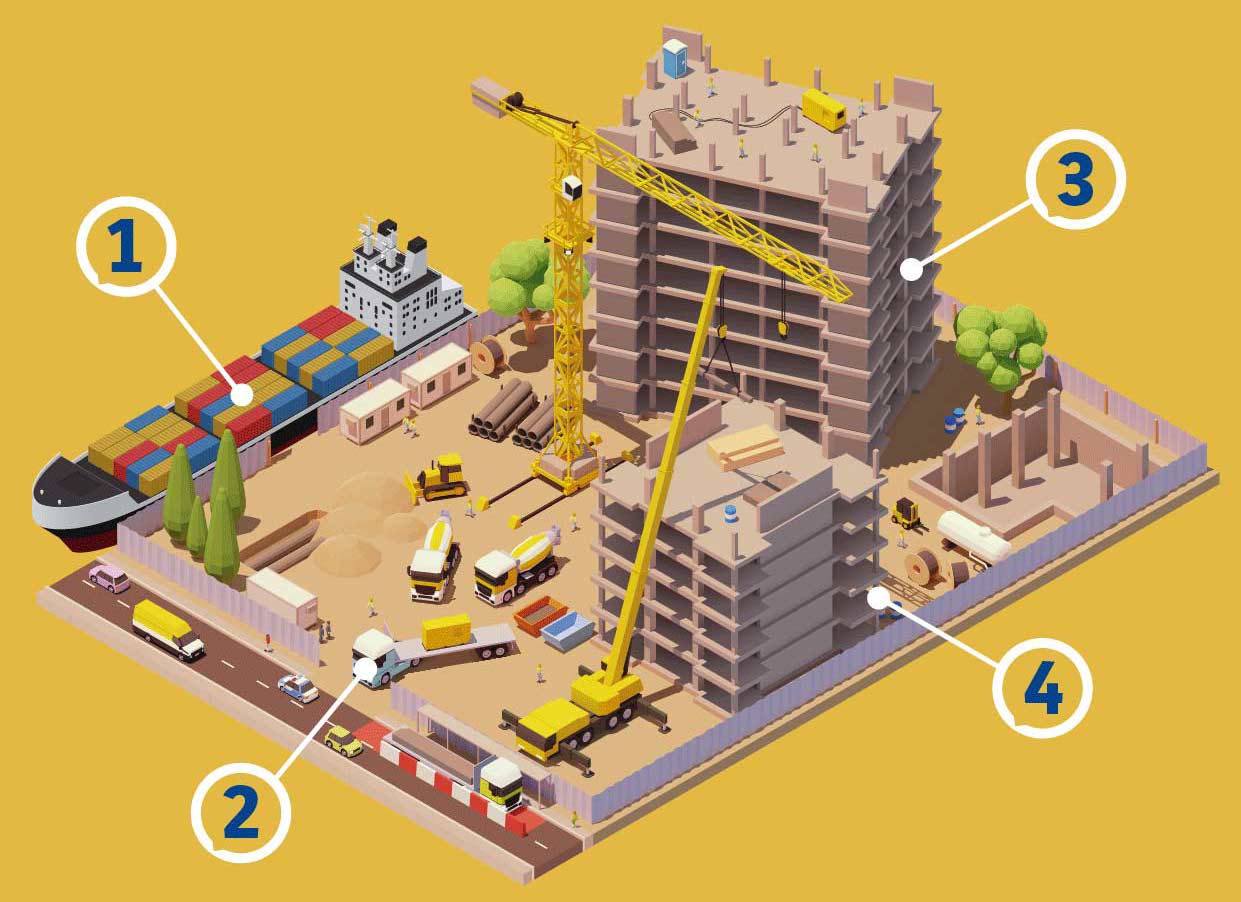 1 - waterway transport, wherever possible in order to minimise worksites’ CO2 emissions and nuisance to the local community;
2 - a rapid waste sorting system, that is twice as quick at identifying the type of excavated material (this process usually takes four to five days), ensuring it is sent to the correct waste management plants and freeing up space on site;
3 - renewable raw materials, with a focus on recycling all resources from natural deposits, quarries and inert excavation material, which provide aggregates that can be used to produce concrete;
4 - fibreglass wall ties, - strips or bars used in masonry to keep structures safe and stable – that can easily replace metal ties and are easy to remove once construction work is over.

The Group also set up lab recherche environnement, a scientific partnership with three ParisTech engineering schools. This partnership gave rise to the Biodi(V)strict tool, which has been used for a number of responses to calls for tender as part of the Grand Paris project. This predictive tool calculates a project’s impact on biodiversity as well as its potential to regenerate plant and animal biodiversity.

VINCI is keen to support local communities, which is why it set up the « Chantiers & Territoires Solidaires » endowment fund for Grand Paris worksites. It provides support – in the form of money, equipment and expertise – to non-profits and start-ups located near the worksites in order to boost local employment and social cohesion through to the end of the project and beyond. Since the fund was launched in November 2016, it has supported over 50 projects and non-profits, including Les Petits Frères des Pauvres, Les Entreprises pour la Cité and l’Association Passerelle pour l’Intégration et l’Insertion.

A project to invent the city of tomorrow

Rising to the challenge of transport, housing and urban infrastructure

Rising to the challenge of staffing Grand Paris worksites