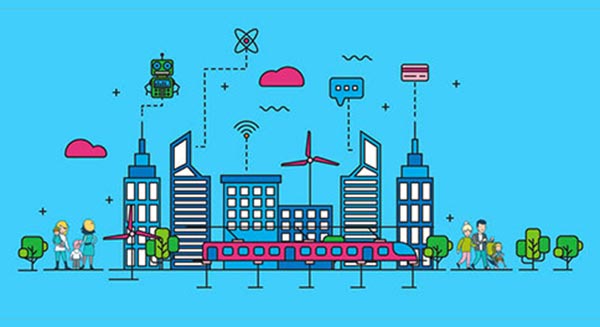 Every two years, VINCI organises the Innovation Awards, an event aimed at showcasing and fast-tracking dissemination of initiatives devised, on the ground, by its employees.

The Innovation Awards allows the employees of VINCI companies to develop their innovation potential by encouraging their initiatives, whether as individuals, in a team or in collaboration with outside partners. 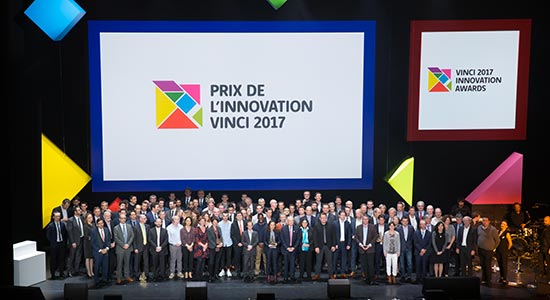 In 2017, almost 2,000 projects were submitted by more than 5,000 employees, and prizes awarded to almost 150 innovations across the world. These awards recognise not only the technological aspects of the innovations submitted, but also everything that contributes to the Group's determination to progress, notably in the fields of safety, sustainable development and working conditions.

In 2017, the VINCI Innovation Awards opened to include students (and young graduates) from all over the world, who were invited to form teams and innovate to meet the challenges of the city of tomorrow.

More connected, more sustainable, more human? Students were asked to imagine the city of their dreams, in the digital era. Their ideas had to fall within one of the four key steps of an urban transformation project: design, funding, construction and use, of buildings, transport infrastructure, energy networks, and more.

Some of the prize-winning innovations

After lengthy development work done in partnership with the company Solvay, Eurovia developed a new range of petrochemical flux oils.

To improve the chances of resolving a technical problem as soon as it arises, Axians and Actemium (VINCI Energies) joined forces with the startup Fieldbit to develop a remote assistance service based on augmented reality.

To augment the height of masonry-arch bridges over railway lines as part of the massive electrification campaign in the United Kingdom, Freyssinet and its partner Bill Harvey Associates devised a solution for raising the existing masonry arches.

A team of students at the École des Ponts ParisTech conceived an innovative solution for harvesting facade wind. It takes the form of small, horizontal wind turbines set in rectangular pods. The compact modules are designed to attenuate the noise of the blades and fit harmoniously into the urban landscape.

The Biocalcis process developed by Soletanche Bachy France is based on use of bacteria in geotechnical work, adapted to ground consolidation.