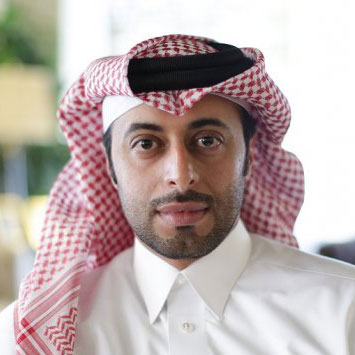 Appointments and other positions that have expired during the last five financial years
None.

Appointments and other positions that have expired during the last five financial years
- Director of Qatari Diar - Chief Executive Officer of Qatar Primary Materials Company.

Background
Qatar Holding LLC is a company based in Doha, Qatar, founded in April 2006 and wholly owned by the Qatar Investment Authority (“QIA”), for which it represents the main direct investment subsidiary. QIA was founded in 2005 by Emiri Decision, as a governmental entity of the State of Qatar to develop, invest and manage the reserve funds of the State of Qatar and other assets assigned to it. QIA’s objective is to preserve and grow the value of its invested assets for the benefit of future generations. The Chairman of the Board of Directors of the Qatar Investment Authority is His Excellency Sheikh Mohammed bin Abdulrahman bin Jassim Al Thani, Deputy Prime Minister and Minister of Foreign Affairs of the State of Qatar. Its Chief Executive Officer is Mansoor bin Ebrahim Al Mahmoud. On 11 February 2015, Qatar Holding LLC acquired the 31,499,000 VINCI shares initially held (directly or indirectly) by the Qatari Diar Real Estate Investment Company (“Qatari Diar”), which is wholly owned by QIA, and acquired the balance of 1,000 shares from Qatari Diar on 15 April 2015. Following the sale of 7,875,000 shares in 2015 and 1,250,000 shares in 2017, Qatar Holding LLC held 22,375,000 VINCI shares at 31 December 2017. On 6 December 2018, Qatar Holding LLC named Abdullah Hamad Al Attiyah as its permanent representative to VINCI’s Board of Directors, replacing Nasser Hassan Faraj Al Ansari. Abdullah Hamad Al Attiyah holds an MSc in Chemical Engineering from the University of Nottingham (United Kingdom) and a BEng in Mechanical Engineering from Cardiff University (United Kingdom). Mr Al Attiyah has extensive professional experience in Qatar, working in a number of industry sectors and for several government agencies. He began his career with Qatar Petroleum as an operations engineer, before joining RasGas in 2011 as a senior project engineer. In 2012, RasGas made him its Onshore Development and Planning Manager. Mr Al Attiyah took on a new position in 2014 as Acting Executive Director of the Program Management Office of Qatar’s Supreme Committee for Delivery and Legacy. In 2015, he was named Director of the Technical Office at the country’s Public Works Authority (Ashghal) and subsequently served as the authority’s Assistant President. Appointed Vice-Chairman of Qatar Primary Materials Company in 2018, he was named by its Board of Directors as Acting Chief Executive Officer in May 2018. During this same period, Mr Al Attiyah was appointed as a Director of Qatari Diar Real Estate Investment Company in January 2017, before being named the company’s Chief Executive Officer in July 2018, while retaining his position as a Board member. Mr Al Attiyah’s term of office as Director of Qatari Diar Real Estate Company ended on 8 March 2020, but he continues to serve as its Chief Executive Officer.